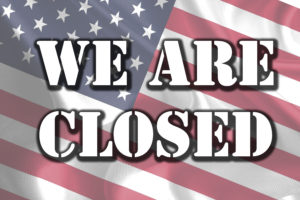 Millions of taxpayers expect to be ready on January 29 when tax season opens, but will the Internal Revenue Service (IRS) be ready? In anticipation of a federal government shutdown, the IRS released its contingency plan for the filing season because yes, tax season will go on even during a shutdown.

The agency said it does not “anticipate utilizing the plan” but that may be optimistic. On Thursday, House Republicans approved a bill to keep the lights on until mid-February but a similar bill in the Senate failed to garner enough votes. While Republicans control the Senate, they only have 51 votes but 60 votes are needed to pass an appropriations bill, which means they would have needed support from Democrats. It turns out they needed more than that: Five Republican Senators voted no and one abstained (it’s worth noting that House Maj. Leader McConnell (R-KY) cast a no vote as a procedural matter in order to raise the matter for reconsideration). You can see how your Senator voted here.

Without a deal, the government officially ran out of money for the fiscal year and shut down at midnight. Of course, shutdown is a loaded word since not every facet of government shuts down. For example, the IRS will maintain some functions, and those are outlined in their contingency plan. Specifically, the agency notes that “If the IRS is confronted by a lapse in appropriations during the 2018 Tax Filing Season (January 1 – April 30, 2018) the IRS will need to continue return processing activities to the extent necessary to protect Government property, which includes tax revenue, and maintain the integrity of the federal tax collection process, along with certain other activities authorized under the Anti-Deficiency Act.”